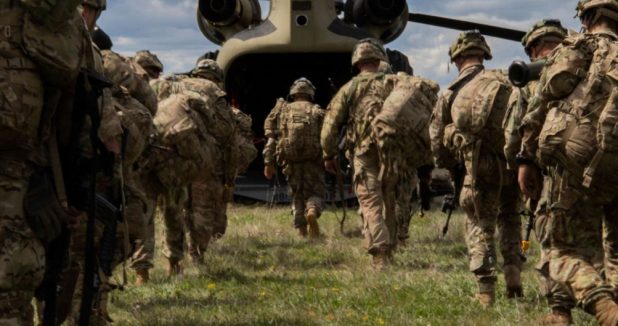 OK, so I know I wrote about the shit-ticket frenzy last week, but I recently learned history’s most badass toilet paper shortage story, so naturally, it is vital that I share it with you guys immediately.
Back in the Cold War, there was a huge shortage of toilet paper for Soviet troops in the field, which meant that soldiers were using official documents (that were otherwise headed for the shredder) as toilet paper. At that time, there was a covert mission run by USA, UK and France, called Operation Tamarisk, the purpose of which was to amass all discarded paperwork from Soviet trash bins – including the used toilet paper documents.
Because the “toilet paper” was placed into large bins after use, the USA/UK/French spies were tasked with going through the bins of shitty documents, sifting through the grossness (which included amputated limbs) and collecting both the papers and the limbs (so that they could study the Soviet shrapnel embedded within them).
Apparently, this was one of the most fruitful spy operations during the entire Cold War.
So come on Aussie, shut up about the damn toilet paper because at least you don’t have to use nationally sensitive documents yet!
Love, Akika xoxooxoxoxoxox