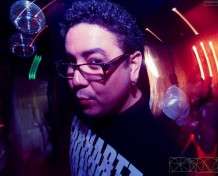 James A is the business. The real business. If we’re talking Geisha stalwarts, none can quite surpass this club resident who’s been mixing some 16 years.

Whether it’s deep synth – laden house, crunchy bass – driven techno or anything falling in between. James A encompasses the unique and futuristic, while building aural soundscapes around you on the dance floor…just don’t ask him about it, he’ll just tell you he’s into playing records.

One naïve punter mentioned to James late one night…”stick with this kid, you could go far”. Lesson to all; don’t be fooled by his youthful looks James A has musical knowledge flowing from his fingertips.