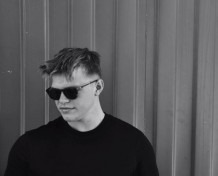 Përm has been a resident D.j at the premier Techno/House club Geisha since 2017. After hitting the Perth scene in 2016 as an ameture 20-year-old, he came runner up in the Habitat D.j competition. Since his debut, he has played full force at warehouse raves, garden parties and regularly at the club for Pilot events.

Passionate about his craft, he has a love for filling the dancefloor and taking his audience on a musical journey. Always daring, he pushes the boundaries, creating energy and diversity within the club.

Përm has supported an epitomy of world-class D.j’s; including Doorly, Green Velvet, Audiojack, Sonny Foreda and Kolombo just to name a few. Be sure to check out this spicey selector soon.