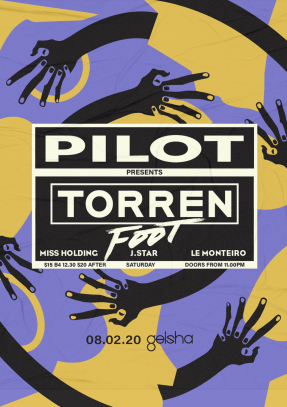 Torren Foot is an Aussie house music producer. Alongside icon Dom Dolla; their 2017 hit “Be Randy” was nominated for an Aria Award. In 2018 he hit #1 on Aria Club Charts with smash hit “hot sauce.” This week; his track “More Life” MADE #1 ON BEATPORT!

Perpetually ahead of the curve- artist, label curator and touring DJ, Torren Foot pushes the needle on bass-driven house music, adorned as Australia’s Don of G-house, ARIA Nominee and Stoney-roads top 25 artist. Notable for delivering multiple top 10’s singles and fist-pumps to the electronic-music community, the Melbourne man has primed his name as one of the countries most well respected and high demand producer / DJs.