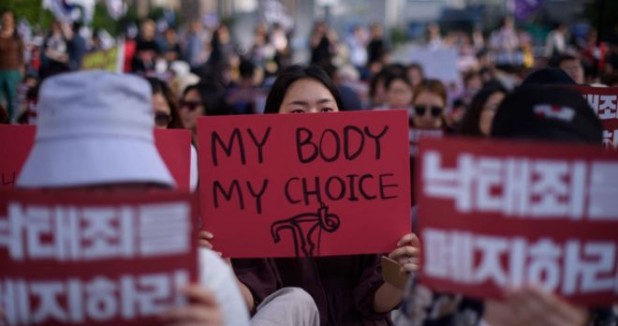 This week, in frustratingly stupid American decisions, a bill has been passed in the state of Ohio that forces doctors to “reimplant an ectopic pregnancy” into a woman’s uterus, or the doctor faces charges of “abortion murder”. This reinsertion procedure is not only highly stupid considering ectopic pregnancies by nature are dangerous as fuck, but it also DOESN’T EVEN EXIST. The Ohio legislators have been told by multiple gynaecologists and obstetricians that this is not a thing that can even be done, but apparently, “to hell with medical science!” said Ohio.

Ectopic pregnancies are horrendous. Just ask any woman who has ever had one (they are common for those suffering endometriosis). In an ectopic pregnancy, the embryo ends up in the fallopian tube rather than in the uterus, which means the pregnancy cannot proceed. Once again for those down the back, reimplanting the embryo from the fallopian tube into the uterus IS. NOT. POSSIBLE.

So, what will now happen in Ohio if you are a woman who has an ectopic pregnancy? No doctor can help you – there’s nothing they can do. And because of that, they all face jail.

Republican-drawn bills have been getting increasingly tough on abortions this year, with the overall goal to ban abortion, and force noncompliers into court. Anyone who chooses to have, or perform, an illegal abortion will now be punished with life in prison. A related new crime, called “aggravated abortion murder”, is punishable BY DEATH.

Imagine being a woman living in a world where decisions are made for you by men who have no idea what it’s like to experience life as a woman. Oh right, we do.