Bullets for my valentines 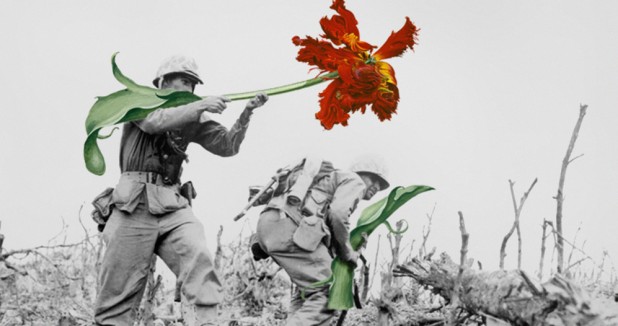 Here in Western Australia, it looks like there is an increasing distance forming between some in the vegan and non-vegan communities. A video has emerged of Jason Parravacini, a farmer brandishing a shotgun at some outspoken vegans who were filming his cattle.

It’s believed that this altercation is a direct consequence of Aussie Farms posting an online map revealing the whereabouts of thousands of Australian farms that potentially engage in animal cruelty.

The vegans were activists from the Direct Action Everywhere organisation, and decided to park up outside the farmer’s property and begin filming, which resulted in Parravacini venturing outside to ask them to cease and desist, and to leave. “I’m a primary producer. I’m feeding most of the world. And a lot of people don’t complain, it’s only guys like you – so I suggest you move on,” he added.

“I’ll give her one minute to get rid of that or I’ll remove it from you,” he continued in the video, before lunging for the car keys. “Get the fuck out of my place!”
After the vegans refused to back down, Parravacini got his shotgun and fired some shots, which finally got rid of the haranguing herbivores.

Federal Agriculture Minister David Littleproud has stated that the farm map has given rise to “an atmosphere of fear and anxiety”. ”Farmers have a right to farm without being harassed […] Differences between sections of the vegan and farm communities will not be solved with confrontation.”