I think i’m turning Japanese I really think so 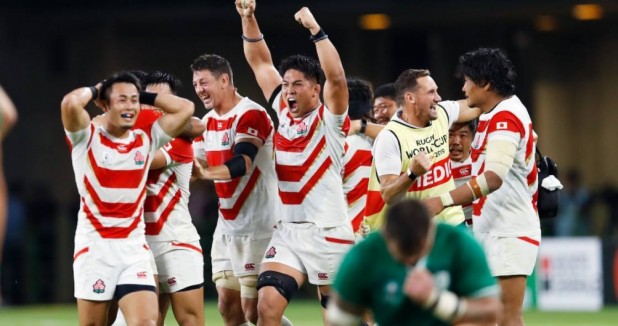 This has been a marvellous time for rugby. No, wait – hear me out.

For the first time ever, Japan played in a quarter final of the Rugby World Cup, and everyone around the globe who likes rugby (and possibly even those who are ambiguous on the topic) banded together in spirit to hope that Japan would make it through. Sadly, they didn’t. But the first half was incredible! South Africa were giving it everything and making huge hits, and Japan withstood everything that was thrown at them – it was fantastic rugby. The score at halftime was 5-3 to South Africa, and it looked like the underdog might have been in with a shot, especially as Japan is hosting the RWC this year. Unfortunately, in the second half, Japan got tired, gave away countless turnovers along with penalty after penalty, and the Springboks just had more left in the tank, managing to score a couple of tries and taking the final score to a blowout of 26-3.

OK so I know you guys don’t read my column to catch up on your sports news. I AM a club girl, after all – I’m probably the last person you’d think to turn to for this brand of banter. But this isn’t just about the rugby. This post is about sport in general, and why sport so special at an international, national, and even club level. Japan is currently dealing with the worst typhoon on record, and in among this they managed to pull together and have upset wins over both Ireland and Scotland – world class teams.

A team that nobody considered to be a top tier team has finally shown the world that they deserve to be considered a threat. These guys are massively disadvantaged when it comes to height and pack weight – the only reason South Africa won is because they exploited this, by consistently going for lineouts and powerful mauls (basically throwing their pack weight into it and holding the ball at the back while they forge ahead). Keep in mind that Japan doesn’t get to experience top tier test rugby like we do, in terms of the Bledisloe Cup, Rugby Championship, Mandela Challenge Plate and Puma Trophy etc – they don’t practice playing against these high-grade teams all year. When they come into the RWC pools, they are working in the dark, so to speak.

Sports pulls people together, it elicits emotion where you never thought you’d find it (I see players crying during their national anthem and I absolutely cannot hold back the waterworks), and for 80 minutes, everyone in that stadium is a friend, no matter who they are rooting for. And then when you see a team like Japan come from relative international obscurity to have such an outstanding RWC, you just feel so alive and like anything can happen.

And how fucking sweet is it that their rugby team is called the Sakura (cherry blossoms) – how can anyone not absolutely love the shit out of Japan? If they made it to the final and they were playing Australia, I’m sorry guys but I would be cheering for Japan!