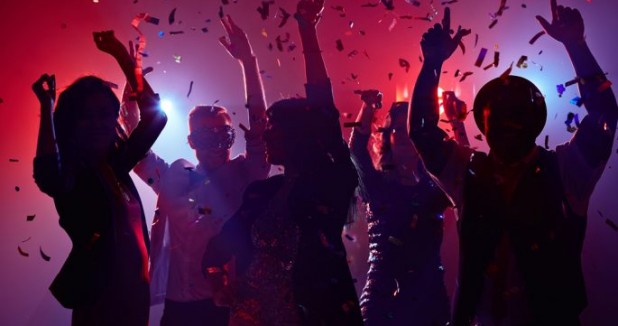 On Friday night, I went to a party thrown by some mates from uni, held out in Crawley. It was a huge student party, there were people on the decks, giant blow up pools full of ice and drinks, and a SHITLOAD of people. Uni parties are pretty crazy sometimes, everyone is usually stressed out and broke, and a bit inexperienced with partying, so tend to go quite overboard. I often don’t go to parties like this because I’m a club girl, but I went in order to see friends and chill out because, after all, it IS that time of year to be stressed out and partying.

But something happened that freaked me out quite a bit. There was a balcony that was about 4m high above a rocky bank and some bushes, and while I was standing on the balcony chatting to a friend, this drunk guy who was sitting on the balcony rail just FELL OFF. It happened in slow motion – he just tipped backwards without warning. We rushed to look over the edge and couldn’t see him, as it was dark and he was now in the bushes below. He yelled out that he was okay, but we were positive he would have landed on glass bottles, and sent some people down to get him. He actually WAS okay, which in my opinion was a goddamn miracle.

I read online that there was a student who died in New Zealand recently from being crushed to death in a student party. A gorgeous young woman who was just out with her uni mates, blowing off steam, here one day and gone the next. The guy who fell off the balcony could have met the same fate, and then I started thinking about some of the antics I’ve witnessed at kick ons after festivals and gigs and stuff.

Not gonna lie, it freaks me out a little to think of some of the situations myself and friends have wound up in while being absolutely wasted. Once a mate decided to go home at 5am after a big bender, and he decided that the quickest way home was to swim across the Swan River. I’m not even kidding. We didn’t find out until after he got home.

So, what I want to say this week to all of you is – look after your mates! Look after yourself! Don’t climb up onto really high things! Don’t let people sit on balcony railings! Get crazy, get messy, but get thinking!

Love you all, stay happy and stay safe!