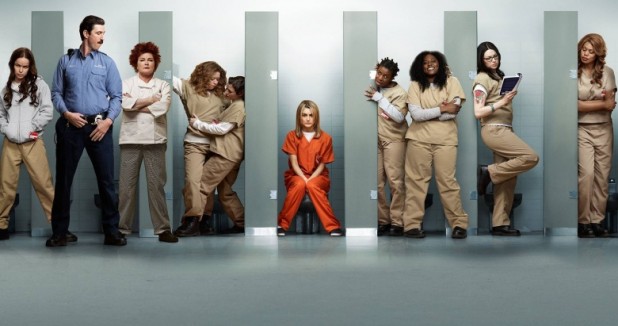 I think we need to chat about something very important. This is a serious topic, so I hope you’re sitting down and paying full attention as we delve into some poignant and emotional material.

OK so I just found out that there is a new reality TV show.

It’s on Netflix, and it’s called “Jailbirds”. And I binged the entire first season in one sitting yesterday. It’s about the women incarcerated in Sacramento Prison and it’s fucking awesome.

They have this thing which they call “talking on the bowl”, which is basically when they bail all the water out of their cell toilets, knock on the piping and receive  an answer from one of the men on a different floor, who share a corresponding toilet pipeline. And they sit there and chat for hours with their faces in the toilet bowl. No, I’m not making this up. It gets better: they SEND AND RECEIVE THINGS THROUGH THIS TOILET PIPE SYSTEM.

They rip up clothing to make a giant “fishing line”, which has bent plastic forks tied into the ends, and what they do is feed it in, check that their “bowl buddy” (?) is doing the same, then they flush both of their toilets at the same time, and the lines get flushed into the same drains where the plastic forks all tangle together so that their fishing lines are now connected. Then the “fish” the delivery back into their own toilet. They send notes, drugs, weapons, all sorts of stuff.

I’m shook. Like, there are geniuses in this prison that are inventing fucking owl networks through the toilets, like, who thought to do that? How did they realise?