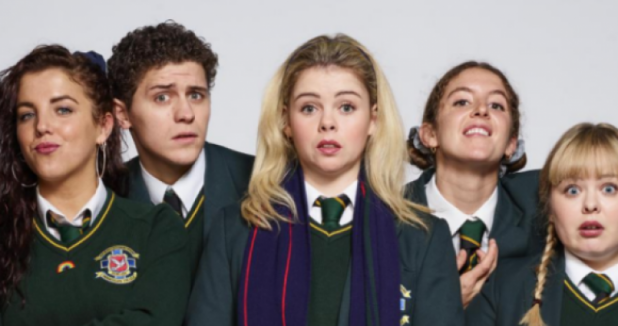 I’ve just been listening to The Cranberries and crying because I wasn’t part of the Irish “Troubles” in the 1990s.

No, really. Hear me out.

There’s a show on Netflix right now called Derry Girls, I have just binged the shit out of it, and a huge part of me identifies so hard with the main characters. I feel like throughout my high school years I had a really similar life, except for the fact that it wasn’t Northern Ireland, it wasn’t the 1990s and things in Australia were not approaching low key extended war anytime soon (unless you count the disgusting racism in this country but that’s another yarn for another day).

Anyway, back to Derry Girls. This show is such a slice of life in a very specific place at a very specific time. It follows the high school shenanigans of 4 girls and 1 boy who are just living their lives surrounded by the conflict in Northern Ireland, without being super perturbed by the presence of soldiers with guns, or the random bomb scares and stuff. To be honest, they’re more worried about getting to the Take That concert in Belfast without their parents knowing.

It’s this huge contrast between such a politically charged social backdrop and mundane coming-of-age fare in the 90s in Derry, Northern Ireland, which is your standard nondescript town with people all off to the local fish n chip shop every Friday and a sarcastic, droll nun running the school.

It’s everything that makes me jealous that I wasn’t part of it, yet I know that if I had been, I’d have found it shit and lame and I wouldn’t have fully appreciated the gravity of that time and place, just like the Derry Girls don’t seem to.

It’s such a weird thing to be nostalgic for something that you weren’t even part of, but I very much am, particularly if it was very close to my era and there are shared pop culture references that were part of my early social vernacular (Bill Clinton etc).

Sorry for writing about my obsession with the 90s in Derry, Northern Ireland, but it’s really all that’s on my mind this week. A true testament to how well shot and well written this show is. Highly recommend 10/10 and it’s also funny as fuck if you like droll Irish humour !