The Truth is out There 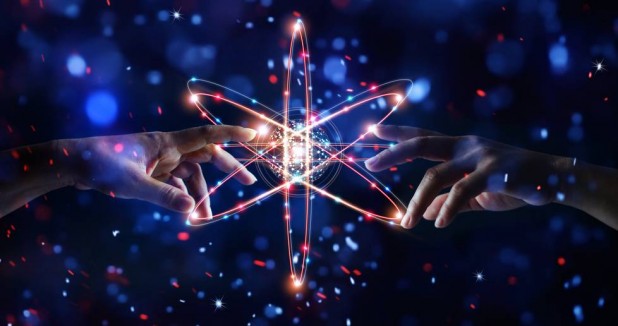 Something that heavily frustrates me lately is how science is being presented to the masses. Of course, there are journal papers which, although factual and highly important, are inaccessible intellectually for 95% of people, as the understanding of these usually requires experience in the specific field of the journal, or lengthy side-reading. Then, there are the well-written science articles and blogs which are not nearly well-known enough, due to lack of exposure. But THEN you have pages such as “I Fucking Love Science”, (which shows that people are on some level trying to enjoy science), offering clickbaity headlines and misleading statements (and by the way, if the title is presented in question format, the answer is almost always no, so stop getting your hopes up about manmade pyramids on Mars).

Sure, these junk articles offer links to follow, which are usually just links to other “news” sites, and if you follow the links back far enough you can usually arrive at a legit science report – which often does not state anything nearly as sensational as what the front end “science news site” is claiming. The problem with this is that the majority will not play “follow the links”, and will just take the first article as fact (because hey, the news wouldn’t lie, right? It’s a PROPER website! I can’t wait to tell my friends all about the amazing new discovery of the “new Earth” that we will no doubt be colonising soon).
The thing is, people don’t go sifting through all the garbage in the internet to correctly inform themselves. They simply don’t have time – and why should they? They aren’t scientists or the Information Police, they are regular people, with lives going on and relationship problems and work deadlines and kids to deal with and all sorts of pressing bullshit that doesn’t afford them time to read three hours of articles to ascertain whether the shit that I Fucking Love Science is feeding them is actually legit.

So why aren’t we, as a society, reporting science more accurately? I mean, I get it – clickbait headlines serve to get people to visit your website. There are so many dollars to be made from this that people who aren’t really science journalists can be easily persuaded to start shoddily writing about science for a crust. It’s just sad that it’s being done under that guise of “loving science”. The thing is though, science is REALLY FUCKING EXCITING in its own right. You don’t NEED to make bullshit stretches of the truth to captivate and inform people – you just need to be a semi decent writer and have a grasp on the art of analogy! Science communication is merely a middle-man role that involves the grunt work of reading ALL of the available facts, understanding them properly and then presenting them to the public in a way that excites and interests, without resorting to misleading clickbaity shit.

I’ve been growing increasingly alarmed at the state of the world (*cough* climate change denial) and I reckon the sneakiest big issue facing us today is lack of real knowledge. In a world oversaturated with the loudest voices and the most well-paid agendas, we are losing our ability as individuals to easily identify the truth on the most important matters. Although the internet is an incredible thing, it has made it so easy for the facts to become overshadowed or hidden, giving voice to any stupid prick who wants his voice heard. Given this, how is the average person supposed to understand the important issues without doing a whole fuckload of additional reading? Ain’t nobody got time for that. So, what happens when someone is overloaded with too many conflicting pieces of information or too much scientific jargon? They shut it off and place it in the “too hard/don’t care” box. And there are simply too many important issues facing our species today to be placing shit in the “too hard/don’t care” box.

So, if you take one lil nugget home today from your old mate Akika, let it be this: Always dig deeper and take the time to inform yourself correctly, even if it’s just on one major issue that you think is worth investigating. That way, you get to be even more stoic in your truths and opinions, and people will find you fascinating as fuck at kick ons