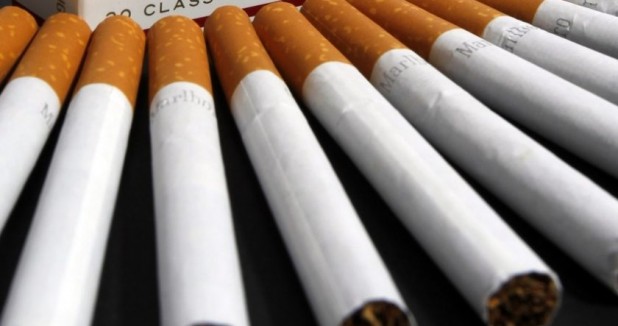 I used to love my darts. Absolutely adored them – if you have ever been outside Geisha or Ambar between the hours of 12pm and 3am, then I no doubt would have asked you for a lighter, or even just struck up a conversation with you (because I always referred to myself as a “social smoker”, haha!) I have since given up smoking, because the habit was about as forgiving on my skin as the Bayswater Bridge is on anything with wheels.

So being a non-smoker (more or less), I no longer pay attention to the prices and the laws surrounding cigarettes, apart from knowing that they are WAY more expensive than they used to be when I started buying them. Therefore, when I found out that a local guy got charged $6200 for smuggling cigarettes, I nearly spat out my coffee.

The man (a 32-year-old FIFO employee) was trying to bring 45 cartons of darts (dartons?!) from Dubai into Perth Airport. 450 packs! That’s a lot of heckin’ smokes. He lied on his incoming passenger declaration, so evidently he wasn’t aware that they have had these things called “x-ray machines” at airports for at least several decades now. Potentially not the brightest crayon in the box. He then avoided the $6200 duty tax, so is now up against $20 000 in additional fines.

I guess what I find interesting about all of this is that I grew up in the kind of world where I never would have expected anyone to be accused of a ciggie-related crime. It used to be all the rage to go and get yourself cheap smokes in duty free or from overseas, and it was never a problem to bring in a carton, so if you travelled with non-smokers, then you had hit the jackpot, forcing them to use their duty-free ciggie allotment on your dirty habit. Then at some point, the price levelled out so that Aussie darts were taxed so highly that duty free wasn’t even a bargain anymore, and then they decided to enforce some kind of shady 2 pack/1 pouch limit, or something like that.

So now I guess people are resorting to crime to get their baccy fix. Crazy how much things change in just a few decades, huh?

PS Bet you wanna go have a ciggie now, don’t you