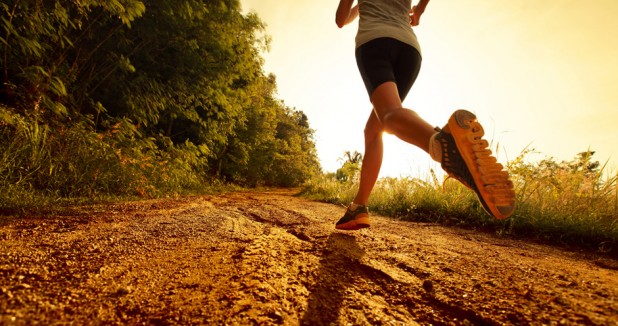 You know how Fat Amy in Pitch Perfect does “horizontal running”? Well recently I found myself doing what I like to call “accidental running.”
I’ve never been a runner, ever – even at the height of my school-sports-every-day fitness, I still declared that I “couldn’t run.” Running was something that you did out of necessity whilst playing soccer, netball, tennis etc. It got you from point A on ay given court, to point B on that same court whereby your teammate could get a ball into your hands.  Running was something that anaemic-looking 30 to 40-year-old women did whilst wearing short shorts that form a curved inverted V on the outer thigh. It was sad. It was boring.

But it was still something that I felt I *should* be able to do, and have always kind of beaten myself up over.
‘Normal people run’, I would think to myself. ‘What’s wrong with me?’ Tears would form in my eyes as I saw post after post of my runner friends’ giant running circuits created by their tracker apps.
The year that the internet was blessed with the woman who would run circuits that came out looking like giant cocks on maps was bittersweet for me. If I had been a runner, I would have done that immediately and beat her to it. All that fame and glory could have been MINE, if only I could run. Still, I never laced up a pair of running shoes to overcome this weakness.

So it was with much surprise from my cohorts that I randomly settled upon a running goal for 2019, to throw in amongst all the other goals that I set each year. ”Run 1 mile” sneered my goals list. I thought about aiming at 5km – after all, the Couch to 5Km is a crowd favourite and promises running improvement to even the starchiest of us couch potatoes. However, I once walked 5km home from a bender and upon reflection, that seemed like a lot to run. 1 mile (1.6km) seemed like enough for the bare minimum of fitness, and I found a program called “4 Weeks to a Mile”. Four weeks seemed short enough, so I decided to give it a whirl.

I got that mile in 2.5 weeks, and with a shitload of encouragement from my fitnessy friends, I decided to just give 2.5km a go, “just to see if I could.” Our gym has pavement markers around the big block that it sits on, which makes running distances nice and easy – you can run to the 800m marker and back x amount of times to get your distance done, and I like the idea of being close to home base at all times. I set off running with a friend from my gym, and before I knew it, we had run 2.5km – and so we kept going, to 3.2km. I got that ‘runner’s high” endorphin hit and it was awesome!

I decided to sign up for a 5km run the following month, and later that week I decided to try run 5km, “just to see if I could.” And I did. What the actual fuck. I had gone from a couch potato to a 5km run in 3.5 weeks – and am now considering entering a 10km run in September. I AM NOW ONE OF THOSE ANAEMIC OLD RUNNING LADIES :O

If you see me running, throw me some food please.