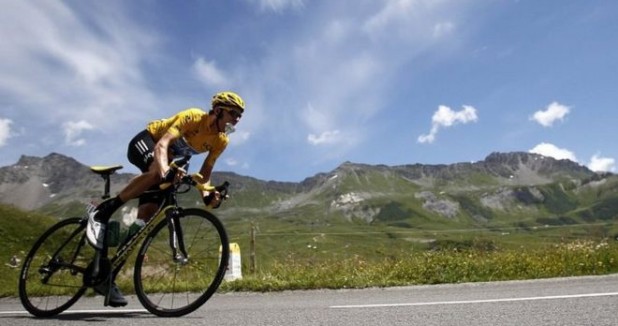 What’s with all the hating on cyclists?

Last week, a 31-year-old cyclist in Perth was rushed to hospital after being shot in the leg with an arrow. A motherfucking arrow. Like a scene out of Game of Thrones. WTF?!
The cyclist was riding down Sturtridge Road in Lockridge around 9.40pm on Wednesday when he was hit. He was rushed to Royal Perth Hospital, where he received surgery immediately.
Who the fuck is wandering the streets in the middle of the week with a bow and arrow? I am honestly both shook and gagged.

I have a friend who is a cyclist. He has competed in road races for years at a national level, he cycles to work during the week, and he competes in local races on the weekends. The amount of anger he receives from motorists is unbelievable. He sticks to the designated areas, wears lights and reflective gear at night and never crosses the road anywhere he isn’t supposed to. He’s probably a better “motorist” than 50% of the people in cars, yet he cops abuse on the daily. People throw shit at him out of cars, for no reason other than the fact that he is in lycra and on a bike.

A cursory glance at any comment thread online will tell you all you need to know about how the general public feels about cyclists. I’m sure we’ve all come across an idiot on a bike. But for me, every time that happens, it’s usually some dero with no helmet riding on the wrong side of the street, being an absolute tosser. The ones who actually cycle legitimately and wear lyrca are definitely not the issue! I asked my friend about when they ride 2 abreast sometimes. The reason is for safety, because in single file cars often drive too close – within a metre of them! He’s been knocked off his bike by a car driving too close and had to get stitches. So, they often ride to abreast to prevent cars from doing that. It makes sense. We live in a crowded busy world where everyone hates everyone in public, everyone’s jostling for space, and people just can’t figure out how to be kind to each other. It’s sad.