I’ll Be There For You 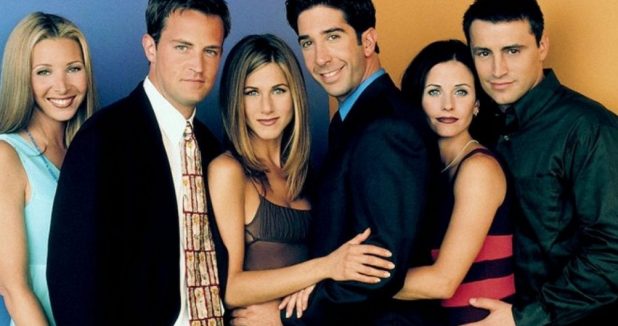 STOP THE PRESSES GUYS!!!!!
A short while ago, Jennifer Aniston posted an Instagram picture of the cast of Friends hanging out together and hinted that something exciting might be afoot. Well it seems that the excitement is on the way! Rumours are flying around that Warner Brothers is in the final stages of negotiations and contracts with ALL the Friends for a SPECIAL REUNION EPISODE!!!!!!!!! – the purpose of which will be to celebrate the launch of a new streaming service HBO Max, which has also garnered the rights to all previous seasons of Friends.
Each of the six stars (Jennifer Aniston – Rachel, David Schwimmer – Ross, Lisa Kudrow – Phoebe, Matt LeBlanc – Joey, Courtney Cox – Monica and Mathew Perry – Chandler) are rumoured to be snagging up to $4 million each for the one-hour special episode.
I love Friends. I can even put aside the constant sexism, homophobia, fatphobia and racism (lazy me refers to it as “it was just a product of its time”) and enjoy the hilarious interplay between the characters. Friends was, IS, an absolute masterpiece. It’s always been there for you. And now, hopefully, it will be again – with one hour that’s bound to be jam packed with memories, laughs, tears, and most importantly, Botox.
Love, Akika xoxoxoxoox