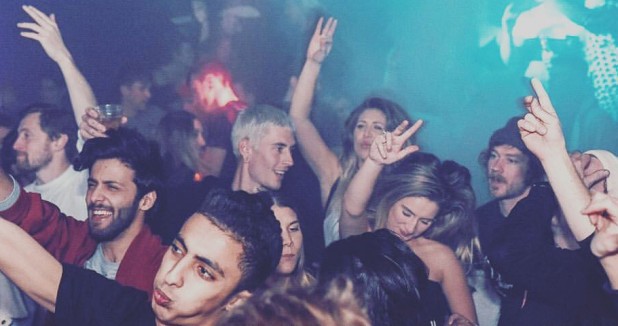 1. We only have ONE LIFE to live. That’s roughly 90 years, in a best-case scenario. Think about this minus your current age and then consider your shifting perspective of how fast time moves as you grow older (each year feels faster than its predecessor, as every year becomes a smaller percentage of your overall life lived). Put down your phone/computer for a minute, close your eyes and really, really, TRULY give yourself a moment to understand that when your time is up, it’s up. There is almost definitely no afterlife (sorry, but science says no – also, the probability of your special fabulous religion being the winner out of all the other special fabulous religions out there is just a simple matter of statistics; meaning that you have a low chance of having chosen the correct religion, therefore are likely wrong in accordance with the mathematics of probability). So, suck it up and realise that the probable outcome is that you are going to cease to exist – just like before you were born, your consciousness  will cease and it won’t be horrible or painful; it will just “be” (so think carefully about the regrets that you definitely don’t want to have before you are no longer conscious, and work on those ASAP). Therefore, dance as much as you can, while you can! 🙂

2. Being that we experience such a teeny speck of life in the vastness of infinity, you should know that nothing that you do matters in any form whatsoever – as long as you do not harm, or impede upon the enjoyment of, any other living creature, then you should do exactly as you please. You need to immediately stop caring what other people think about boring arbitrary shit like what you are wearing or what you do for a living. Seriously, if someone is going to think any less of you for living in a non-harmful and happy way, then those people are the ones that are in trouble, not you. Don’t waste your tiny precious sliver of time being alive manipulating your one life to conform to the standards imposed and upheld by other people. Just spend your time dancing 🙂

3. The known universe is ridiculously vast. You’re a fucking speck of dust on one of the smallest planets on the one of the most inconsequential stars in one of the smallest galaxies. That Hubble Ultra Deep Field photo shows us about 10,000 galaxies – and the patch of sky in that shot is less than 2 percent of the area of the full Moon as seen from Earth. It’s pretty hard to get this scale across in writing, so do yourself a favour and watch the opening shot of the film Contact (it’s on YouTube) just for an entry-level understanding of how much of a nothing in space our sun (let alone the Earth, and all of us on it) actually are. Then, go forth and dance! 🙂

4. We have no idea whether our civilization has the chance of a future of eternal survival, so it would behoove us to do everything we can to ensure that we actually manage to get there. That’s why it’s now considered officially fuckwitted to ignore all of the compounding data about climate change, resource shortage and other overpopulation-related problems. At a minimum, try and do just one small thing per day that makes you feel a little less guilty about being a human consumer! Then go and dance your worries away 🙂